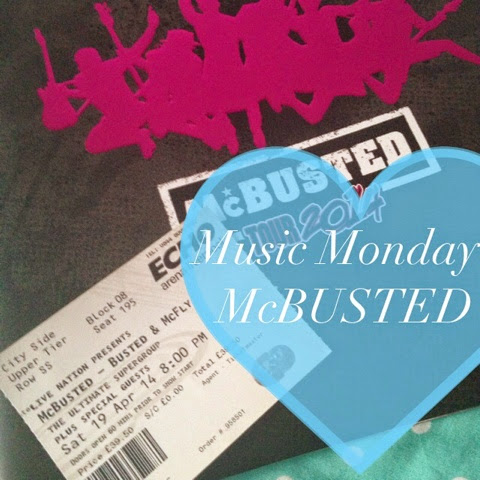 Hello, Music Monday is back and this week it is about something I love, a concert and about two bands who I love who made a supergroup and that is...... MCBUSTED!
On Saturday night me and my older sister went to see McBusted, we had been waiting for a while to see them as the were our Birthday presents and my birthday was in November.
Also, I'm not going to write loads about the concert just in case any of you go and I don't want to ruin it for you. The seats we had were upper tier and I thought that because we were upper tier we would not have a great view, however we had an amazing view.
Here are some pictures from the night: 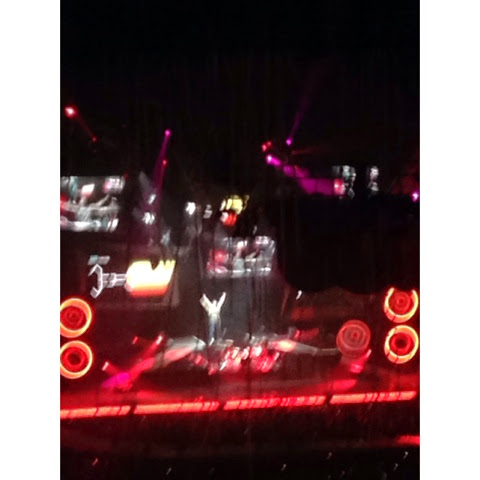 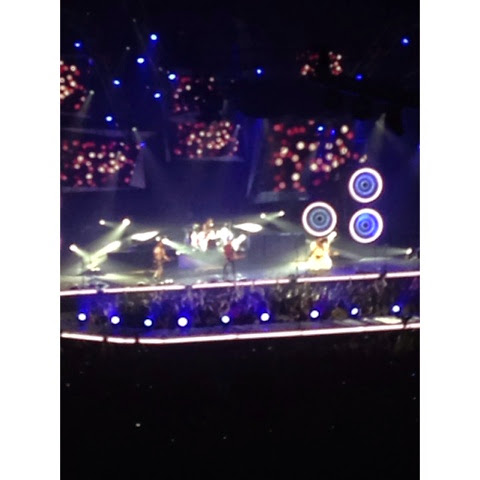 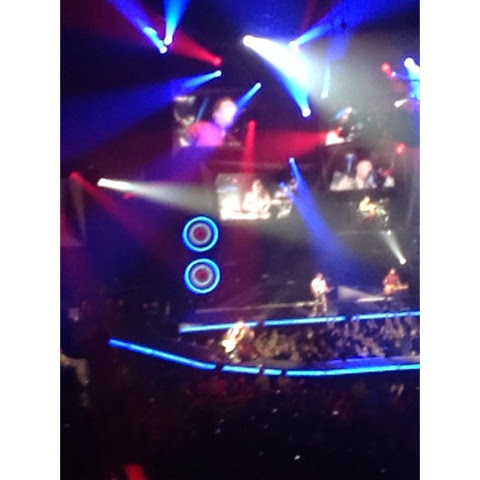 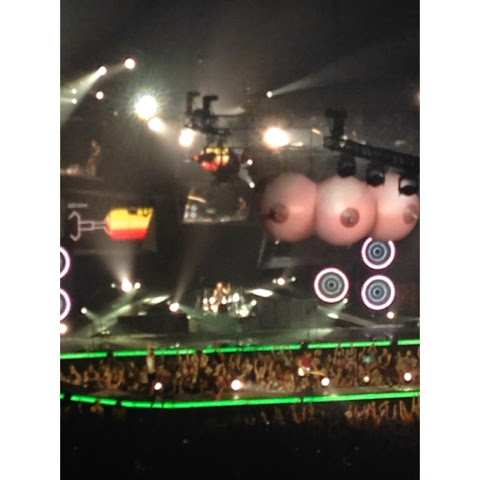 I would just like to say I am not the best a taking pictures at concerts!
The concert was amazing and it was my tenth concert and my favourite out of all of them, over One Direction. They came on at nine and left I think maybe quarte to eleven, so they were on for an hour and forty five minutes. They sang a mixture of Busted songs and McFly songs, my favourite being Sleeping with The Light On, just because it is my favourite  Busted song and also Room On The Third Floor and Star Girl. The audience was amazing and they didn't do loads of talking, but they did enough, Danny doing most of the talking.
Merchandise- 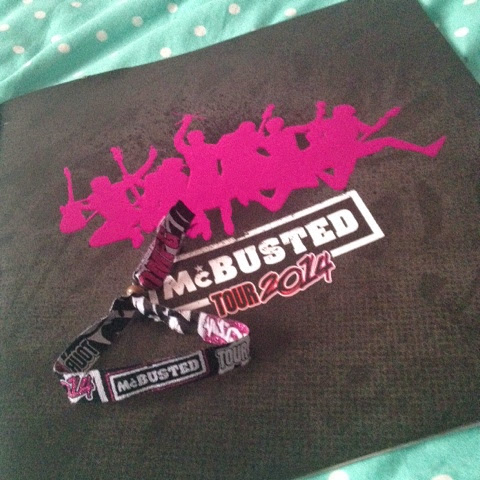 I only bought a programme and a wrist band, not a lot, but it is what I normally buy. The wrist band is a festival wrist band what is that you can not undo it once you have it on and me being me put it on kind of tight and could not get it off till about an hour ago when my dad had to like brake the plastic.
If you are wondering what the wrist band says it says "McBUSTED TOUR 2014 OMFG!"
My favourite page in the programme has got to be the fill it in your self page, they left the introduction page for you to fill in the missing words, what I thought was super creative, but I'm not going to do it. 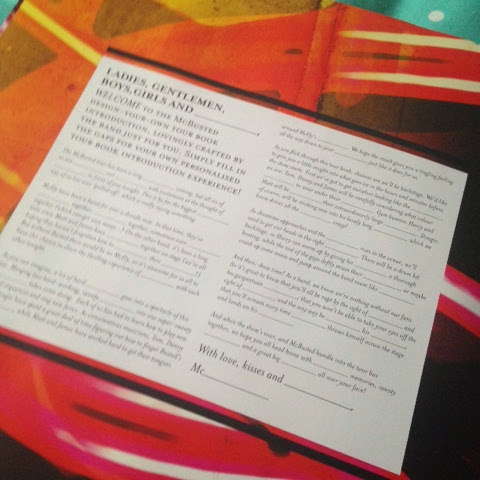 I really recommend this concert so if they are preforming near you go and grab your tickets now, the date I went to was sold but I'm not sure about the other arenas. If you were wondering who my favourite is, it is Dougie however I love them all.
Love
Ailish Elizabeth
Xx
Labels: Music Monday