Hey!
Can you believe it, today is Day 10 of my 12 Days Of Blogmas! Today's post is going to be my Top 5 Events of 2015, this year I have done a lot of stuff, that I have loved and I would like to share them with you, so here they are! 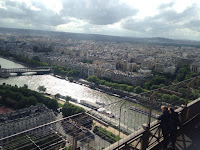 This year, in May, my school took around 50 of us on a 3 day trip to Paris, and it was most probably one of my favourite things that has happened this year, if not my favourite. although we were only there for three days, it was an amazing trip and a such a good experience. We went for three days, though two were half days from traveling there and back. On the first day we traveled from our school to France from 12am till around 4pm or 5pm, when we arrived at the Eiffel Tower, though we did have stops at service stations and on the Ferry there. The next day we went to Disneyland Paris, this most probably was my favourite thing we did there, and my friends and I met the mice from Cinderella. The last day, was also only half a day, as we left Paris at around 12pm, but we did get to go a early morning River Cruise on the River Seine, that was so pretty, we actually saw the sunrise over the river, we did leave after that, but we did stop at a shopping center for around an hour or so, we didn't actually arrive back home until around 12am.
I have done a post on my trip and a haul on what I bought whilst in Paris,
My trip to Paris; http://ailishelizabeth.blogspot.co.uk/2015/06/my-trip-to-franceailishelizabeth.html
Paris Haul; http://ailishelizabeth.blogspot.co.uk/2015/05/what-i-bought-in-france.html 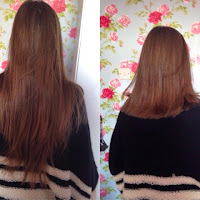 3. Concerts
As many of you know, who read my blog a lot, I love to go to concerts, and this year, I actually went to five, what, means so far in my whole life I have been to 18 concerts. The concerts I went to this year were; The Script- I went for my Mum's Birthday and it was my Mum, Niamh and I, McBusted- This was a Birthday present off my Mum and Dad for me and Niamh, The Vamps- I went to this concert with Niamh, my friend Liv, who I have mentioned a lot on my blog before and Niamh's friend, 5SOS- this was with Niamh and her friend and then finally One Direction- this was just me and Niamh. I think my favourite of all these concerts has got to be One Direction, I think just because it was the fourth time I had saw them, and it could be the last, and also their concerts are always amazing!
I think I have done some posts on these concerts, so if I have I will leave a link for them, so you can go and read them!
The Vamps: http://ailishelizabeth.blogspot.co.uk/2015/04/the-vamps-world-tourailishelizabeth.html
One Direction: http://ailishelizabeth.blogspot.co.uk/2015/10/one-direction-grwmailishelizabeth.html

4. X-Factor Auditions
This one is a weird one, but one I haven't shared with you. This year I went to the X-Factor Auditions, the tickets were free, you had to go on a website register for them and just wait for an email, then you had to go on the night, your tickets were for Monday 6th July, however it pushed back til the 9th, what was the Thursday, as Simon had lost his Mum. Once you got to the place it was, ours was at Eventcity in Manchester, you just had to wait in a queue outside hoping you got tickets, then after maybe an hour or two we got took inside got tickets, and was told to arrive back at 6 or 7, I can't remember. However, when we did arrive back the first session was still on, so we still had to wait outside. After, waiting for a while we got took in, and it was really tight, but they checked our tickets and we went to our seats, it was such a long night, not finishing till around 1am, and I had the School day, and we didn't get home until like 2am. However, seeing the auditions were so good, and actually one people we saw got through to the lives, the other to Nick's house, they were Kiera Weathers, though song that shown on the TV was not the best song she sang, as she sang two, she also sang Proud Mary, and it was so good. The other person we saw, who got to Nick's house was Josh Daniel, and he most probably was the best of the night, his audition was most probably the best of the whole show, he moved everyone, it was so emotional. He was actually the last to audition that night, at around quarter to one, so was so good for being on so late. The auditions were really good, though you get told do things and before anyone auditioned you filmed doing a normal clap, standing up and clapping, cheering and also booing, and though it was good, it kind of did ruin the whole show when watching it at home, because you don't know if people are actually clapping for them or not.

5. My Blog
This isn't really an event, but I had to mention it, my blog this year has grew so much, and I personally think the posts I have done this year have got so much better. My views are going up and posting more, I am trying to stick to my Sunday upload at 4pm and then also sometimes a midweek post, though it is hard to keep to, especially with school, but trying. My most viewed post is actually so weird, it is my What's on My iPhone 5c 2015, and I don't know why everyone loves it, but if you haven't read it, I will leave a link to it. I have worked a lot harder on my blog, and spent a lot of time on it, so I hope you like my posts and blog. Also, this year I have done collabs and also got a lot of advice of different bloggers.

Hope you liked this post, comment below your favourite event of the year!
Remember to come back tomorrow for Day 11 of 12 Days of Christmas!
Love
Ailish Elizabeth
xx
Twitter|Instagram|tumblr|bloglovin|Twitter
Labels: Blogmas