What's on my iPhone 5C 2015|AilishElizabeth 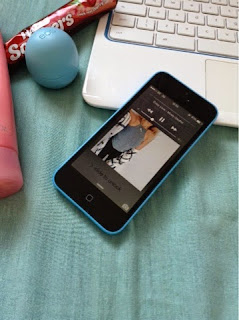 Hey! Today, I'm going to do a What's On My iPhone 5c! I love watching these types of videos on youtube and I've read a couple of blog posts like this, so I thought I would do an update one, as I did one in September!
If you are wondering I have the iPhone 5c in blue and I got it for Christmas the other year, it has got a couple of scratches on, but other than that it is fine! Also, I forgot to include a picture of my lock screen, but it is just a picture of three of my friends and I during a science lesson the other week, when we acting like we were in a photo shoot!
Now, onto what is on my iphone! 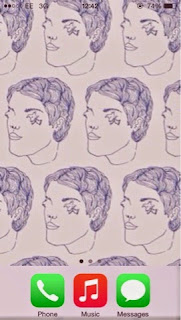 This is my home screen and my first page. The picture is from the Alexa Chung It, book. However, it is more pink in the book, but I added an effect to make it less pink! 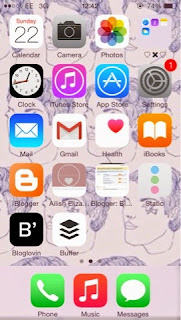 This is my first page of apps, on the first row, I have my calendar, my camera, photos and then a folder. 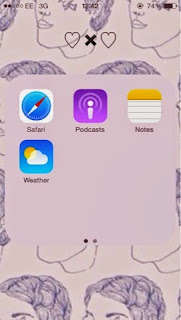 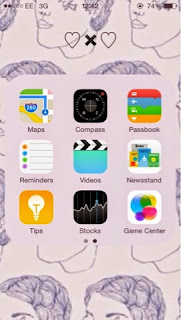 On first the page of the folder I have my most used not used apps, and they are...
Safari, Podcast (even though I have only used it once!), Notes and Weather.
On the second page I have apps I don't use and they are...
Maps, Compass, Passbook, Reminders, Videos, Newsstand, Tips, Stocks and Game Center.
Then out of the folder I have...
Clock, iTunes Store. App Store, Settings, then Mail, Gmail, Health and iBooks.
Then all the other apps on this page are for my blog so I have, Blogger, a link to my blog and a link to my blog dashboard/stats and static what  tells me my followers on social media apps, the next row I have Bloglovin' and buffer, what tweets for me! 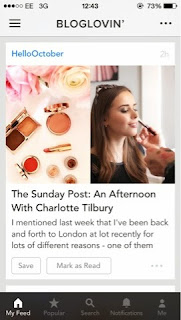 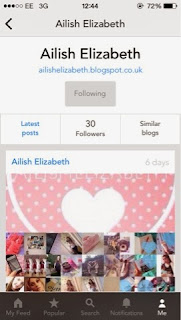 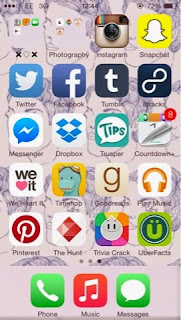 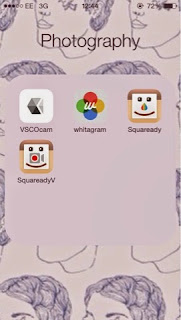 This is my second page of apps, I forgot to take a picture of my first folder, but in there is just contacts, calculator, facetime and voice memo.
Then in my second and final folder I just have editing apps, they are...
VCSOcam, Whitagram, Squaready and Squareadyvideo. But I only use VCSOcam and Whitagram. The effect I use on my instagram pictures is normally T1 and then I just change the exposure and stuff!
The rest of the apps on the next page are.... 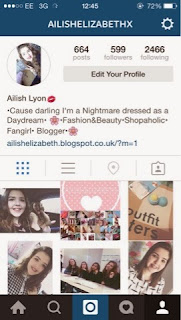 Instagram:  I love Instagram and my instagram is AilishElizabethx, and I post at least once a week and if you are wondering the fifth picture is my lock screen.
Snapchat: The next app is Snapchat, what is private, but I love sending ugly snapchats to my friends, what normally consist of me pouting, as I can't pout as my lips a so thin! I also send videos of Niamh and I singing, dancing or annoying each other. 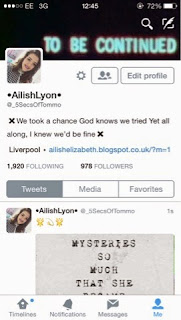 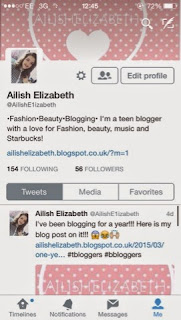 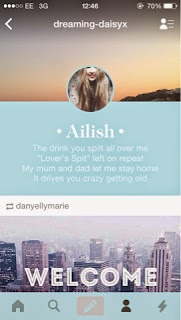 Tumblr: This app, I do use and love! Tumblr is amazing! If you want to follow me on Tumblr it is dreaming-daisyx I am thinking of changing it as I'm not a big fan of my name on it! I love the pictures on Tumblr, the picture you can see the top of says "Welcome To New York (it's been waiting for you)" 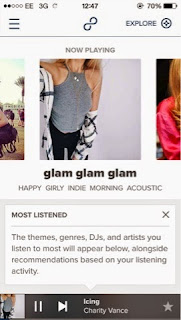 8Tracks: This app is a free music app were people make playlists of any type of song, that you can listen to for free! When I was taking the pictures, I was listening to a playlist called Glam, Glam, Glam that was girly indie songs!
Messenger: This is facebook Messenger, don't use it, don't know why I have it!
Dropbox: This app is were all my pictures get saved to and once they are saved to that, I can just delete them! 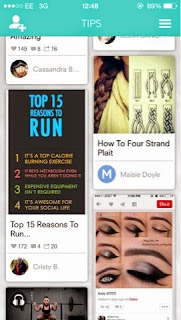 Trusper: Trusper is an app that gives out tips for make up, hair and other stuff, I got this the other day, don't like it that much and it is too much like Pinterest so I think am going to delete it! 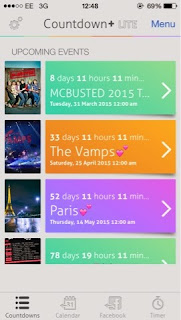 Countdown+: This app, I have used for years and as you can tell, it is just a countdown app. I currently have five countdowns going on, for, McBusted in a couple of days, The Vamps next month, Paris with school in May, 5SOS in June, then One Direction in October! 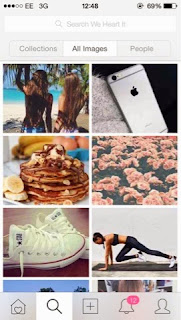 WeHeartIt: We Heart It is not a most used app of mine, but I do use it to get cute pictures for my home screen or just to tweet! 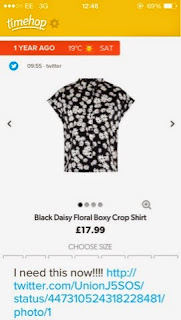 timehop: Time Hop is one of my favourite apps! It is basically an app that will show you what you put on Twitter, Facebook and Instagram a year ago, two years ago, three years ago or more, to that day! 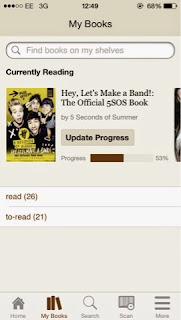 Goodreads: This is a book based app and you can see book reviews, book recommendations and you can review books ect! 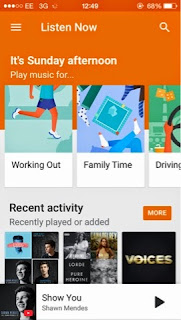 Play Music (Google Play): This is basically spotify but google's version, like Spotify you can have a free test but my Mum and Dad pay for ours, as they use it aswell! 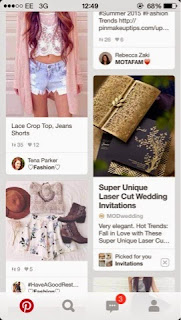 Pinterest: I'm not a big fan of pinterest, it is like Tumblr and The Hunt mixed together and made boring, and like I said before with the tips app, I am thinking of deleting it! 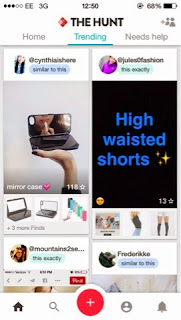 The Hunt: I love The Hunt! I got rid of it for a while, then  I couldn't live without it, so got it again, it is basically, you put a picture on of what you want, then someone will find it for you, or you can find it for someone else, or follow someones finding! 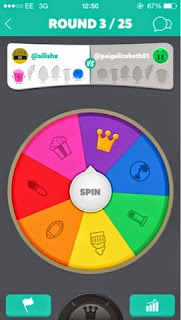 Trivia Crack: I have been obsessed with this app for the past few days! It is amazing! It is the only game I have on my phone and the only game I play. Basically, you are up against someone, you spin the wheel, have a question on the category it lands on, if you get it right you spin again if you get wrong it is their turn! 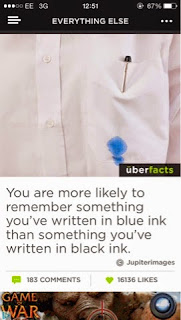 Uberfacts: The last app on my phone is Uberfacts, I love this app as you can find out some weird and amazing facts, what is not to love?!

Hope you liked this post, maybe comment down below some of your favourite apps?
Love
AilishElizabeth
xx
Twitter|Instagram|tumblr|bloglovin|Twitter
Labels: What's on my iphone