We fell in love with her two years ago with her amazing vocals and shocked with her sudden departure from the X-Factor, finishing 6th. However she's back:not with another single, no with her debut album Chapter One. Yes Ella Henderson is back and we hope now she is going to stay for good! 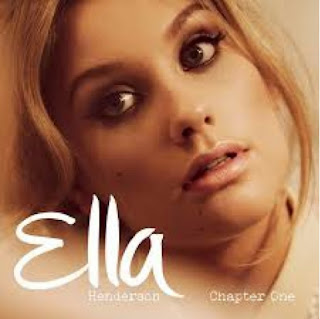 Today, Ella released her debut album Chapter One, and it is amazing, if you like Adele, Emeli Sande and Ella Eyre then you will love this album, because Ella is a mixture of all of them times ten! 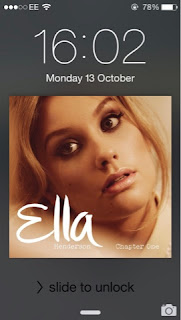 Her album features her two current singles Ghost and Glow, it also includes her X-Factor audition song Missed, that everyone adored. It also has 10 new songs on the normal album and 15 new songs for us to listen to on the deluxe version.

The album is like no other album out there and I have been listening to it on repeat all day on every song I love and you can significantly tell that it is Ella Henderson.

Some of my favourite songs on the album are, 1996, this song is about her childhood and growing up and saying thank you to her parents and friends and is such a cute song.
Then there is Billie Holiday, this song is upbeat and reminds me of Eliza Doolittle, and is on about how she figured out she wanted to sing when she grew up.
Another one of my favourites has got to be, The First Time, this is such a catchy song and since I heard it this morning I have had it stuck in my head and it is about her ex-boyfriend going out with someone like her and is saying that there is no one like you out there.
The finale song I am going to tell you about is, Yours, this is one of the slow songs and it is about being by someone and saying that you are theirs.

Ella Henderson has really worked hard on this album and she should be proud of this, every song on the album is amazing and I could not pick out one favourite. The album is very diverse and it is perfect for relaxing at night, focusing on homework or getting ready for school.

We have waited two years for this album, but it is finally here and it is perfect!