Hey guys.
The other week I went to Whitby with my family and I took many pictures whilst I was there and I thought I would share them with you today. It was a lovely week and here is a snippet of the week in pictures. 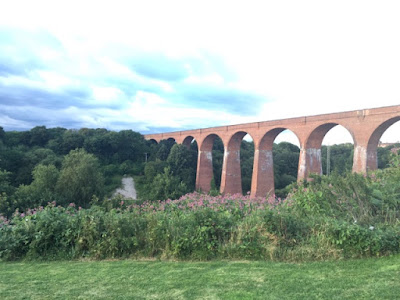 We stayed a few minutes outside Whitby harbour, so we could drive in but we mainly walked there, and this viaduct is what we walked over to get into Whitby. It was actually a really nice walk and it didn't take too long. 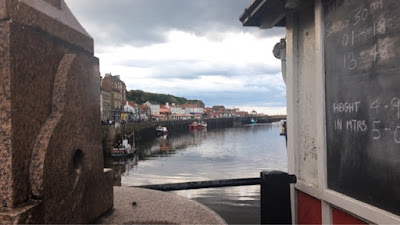 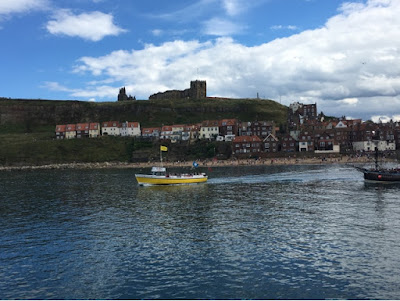 The second day I wore an outfit that has become one of my favourite outfits this summer, it is my short dungarees with a my stripped top, both from River Island if you are wondering. 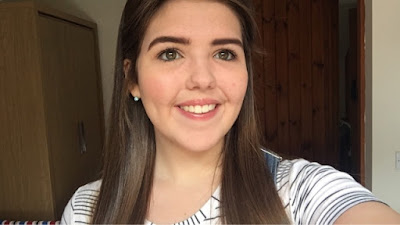 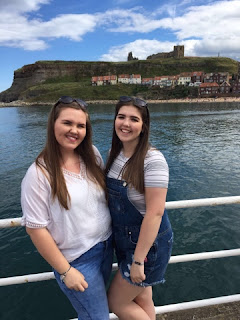 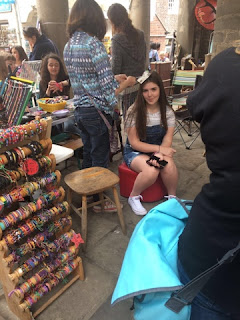 On the second day I got my hair braided, like the material hair wraps/braids, I saw it the night before and wanted one so badly. You can't see it in any if these pictures, but I got the colours pink, purple, teal, pale lilac and the teal with glitter in, I got it to match an outfit I was wearing later on that week. I still have it in now, three weeks later and I am not too sure how to remove it or when to, if you know please tell me. 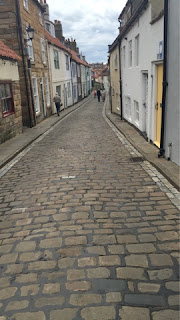 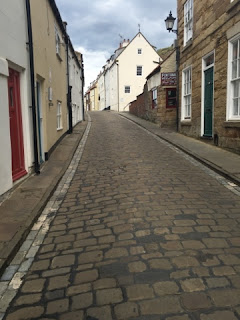 The streets in Whitby were too cute, so I did take many pictures of them, as you will see in the next few pictures. 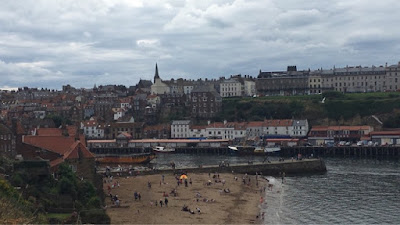 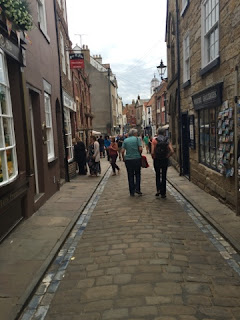 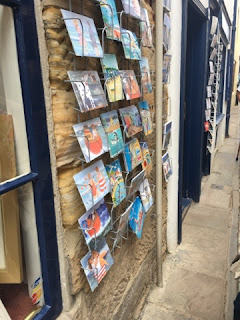 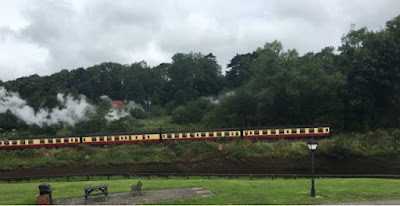 Where I was staying the river was in front and there was also a train track and every morning two steam trains went past and I only got a picture of one, although I saw them every morning. 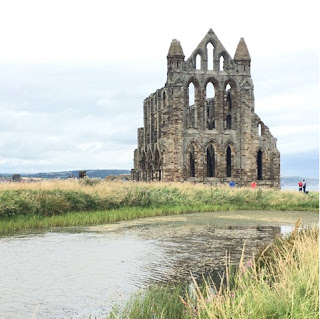 Whilst in Whitby there were many things to do, and one day we went to Whitby Abbey, which was very pretty and historical, it is supposedly where Dracula came through into England or something. It was very calming there and was very interesting. 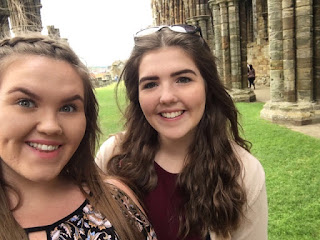 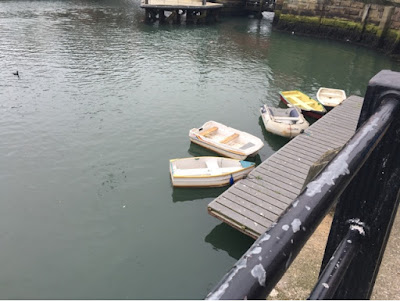 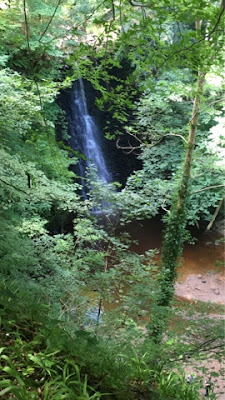 When Niamh was looking at what there was in Whitby she found out there was a waterfall nearby, and we decided to go. The waterfall is called Falling Foss, and it was not what we expected, it was nice but it was a bit disappointing. 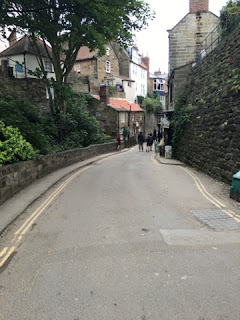 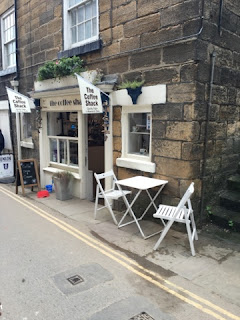 Finally, one day we went to a really cute little village, called Robin Hoods Bay, there were many steps to go down to get to the village, but it was worth it as the village was so picturesque.

I hope you liked this post, it is a bit different to what I normally do and it is mainly pictures and I am not too sure if I like it or not, but I wanted to share these pictures with you, please tell me what you think of this post.
Love,