Hi guys, I am back! I am finally back to blogging, the start of this school year has been really busy due to course work and then I had some test, but hopefully I am back to weekly blogging! Today's post is going to be all about my little trip to London that I went on last week. If you follow me on Twitter or Instagram you would already know about this trip and might have saw some of these pictures, but I thought I would do a post on it, as I kept mentioning it on twitter before I went, with a count down, so here it is. 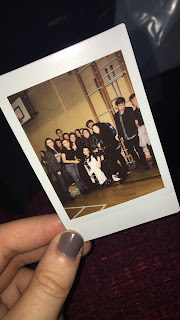 On the 4th of October I went on another amazing school trip to London for the night. We left school just before 9am and had around a 5 hour trip to London, including service station stops. 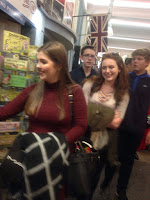 Once we arrived in London we went straight to Covent Garden, arriving at around half 2 and I had a plan for when I arrived for where to go.
When we first arrived I went to Kiko and booked a foundation appointment with them, as I had no makeup on and was going to get my eyes done at Bobbi Brown, so needed to get my foundation done too.
So, once I had booked my appointment I went to the Bobbi Brown studio in Covent Garden and got my makeup done there and I loved it. I had the makeup artist Agne (I think or maybe Angela) and she was amazing, she ended up not just doing my eye makeup but doing my whole face and it was so good. 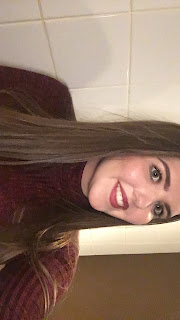 This is the makeup she did, as you can see I had foundation and concealer on, but she also done my eyebrows which I loved and then my eye make, which was a really nice gold eye and then bronzer all over my face, "to add colour" to my face, as she said.  Then, my lips, I told her I normally wear nude lips and she said we should go bold and wear reddish, burgundy (plum) lipstick to match my dress, and that is what we did. At first I was not sure if I liked it, but I ended up falling in love with it and loved my full makeup too. A couple of my friends also got their makeup done at Bobbi Brown, however they were not that happy with their makeup and only got their eyes done and took it off, so it was only me and one of my friends who actually kept our makeup on. 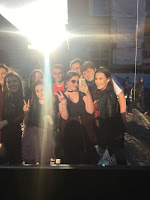 After I got my makeup I went to M.A.C to buy a new lipstick for the next day, for those wondering I got Viva Glam ii (2) which is so beautiful and then I went to Boots to get another one of the Real Techniques sponge. Once I had done that, I met up with the rest of my friends and we went to explore Covent Garden, as we had over an hour left there, I think nearly two maybe. 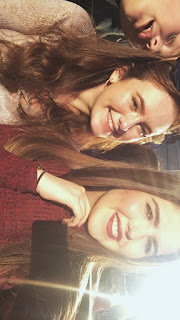 We did a lot of exploring that day and found some super cute streets with really cute cafes and shops. The cafes smelt so nice too, like the streets were filled with lovely scents that I just wanted to eat, however we couldn't buy any food as we were going for something to eat. We ended up at Waterstones and we went in, as I do love book stores and in there I found a book that I had been looking at for a while so I did buy it. It was Milk and Honey by Rupi Kaur, which I really recommend, it is very different to anything I've read before, as it is wrote it poems but it is very beautiful and tells a very twisted but nice and different story. 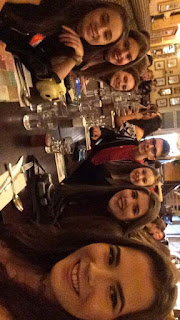 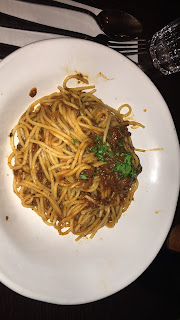 After we finished exploring Covent Garden we met back up with the rest of my school and we followed our tour guide to Bella Italia for our evening meal before the theater. I had spaghetti bolognese, which was really nice but there was so much of it. For desert we had some ice cream, which was really nice and was probably one of the best vanilla ice creams I have ever had.

As you can see, I did take a few selfies, mainly because I hadn't took any selfies with my makeup done. I thought I would also share with you my OOTD:
Burgundy Dress: New Look
Black Boots: New Look
Cape (in next picture): Miss Selfridge 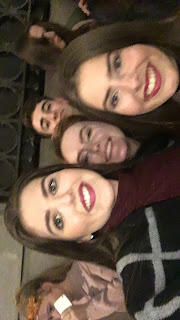 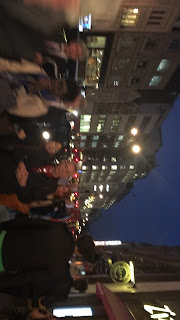 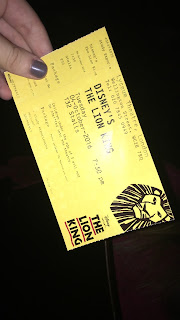 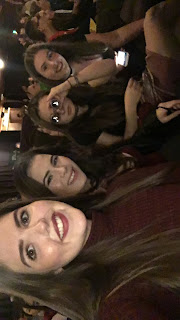 Here are some more pictures from that night. After finishing our meal we walked to the theater to watch The Lion King. The Lion King was such a spectacular production/show, we had stall seats and my seat was actually the end of our row, and during some songs they would walk down the aisles. For example during "Circle of Life" some of the animals walk down the aisles, the elephant (the big one) walked past me, along with the baby elephant, who the cutest little girl played and she also played baby Nala, and there were some other animals that walked and leaped down. The hyenas also walked down the aisles, which did scare me as I really don't like them, but other than that it was such an amazing production. 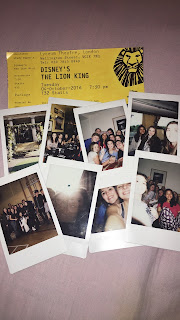 Here are my Polaroids and ticket from the first day. 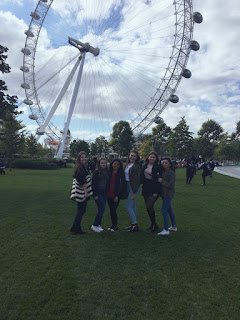 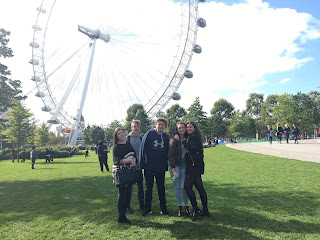 The next day, after having around 3 hours sleep, we were up bright and early to get ready and out, to get to the globe, which was okay. However that day I had an awful dilemma, basically I thought I had lost my lipstick which I had bought the day before, as when we got to our room at around 3, after being in one of my friend's rooms we went back to ours and I couldn't find my lipstick anywhere, luckily the next day on the bus CHLOE found it, it had fell between the seats, I was so happy!
Now onto what we did that day, once we had been to the globe we went to the London Eye and had around half an hour to walk around and then went on the actual London Eye. 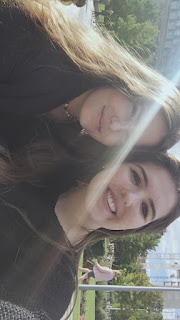 I had been on the London Eye before, so I wasn't really looking forward to it, however it was stunning, it was such a clear day that day so we could see so much of London. We did get split in half, however we did have it just for us, with no strangers in it with us so that was really nice. Once we got off the London Eye we went to the London Eye 4D experience which I didn't really enjoy, there was a lot of wind and water, which was suppose to be rain, blowing and hitting us in the face. Sadly, after that we did have to leave, at around half 3, so yes we did have a bit longer that 24 hours in London, but lets be honest 25 hours in London doesn't sound as good as 24. Here are some pictures of me and my friends on the London Eye too. 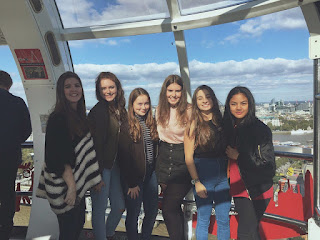 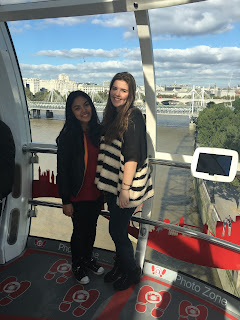 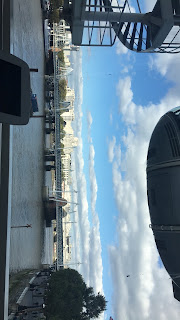 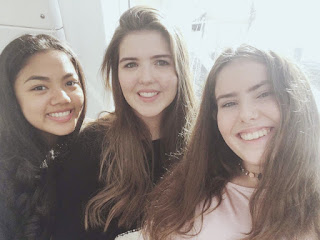 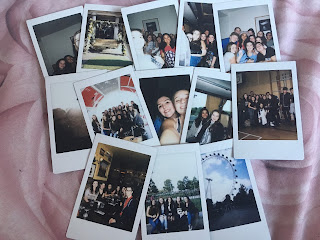 Here are all the Polaroid pictures I took whilst on the little trip to London, which I loved.
I hope you all enjoyed reading this and comment below what you have done this month that you have really enjoyed.
Love,