Hey guys, I say it every month, but can you believe that this month is over?
I feel like April was the quickest month of the year, so far, I don't know if that is because I was off for the majority of it though. But, it is the end of April, and we are now into May and that means it is time for my April Favourites, so here they are. 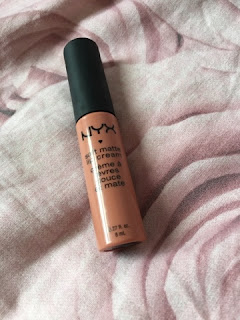 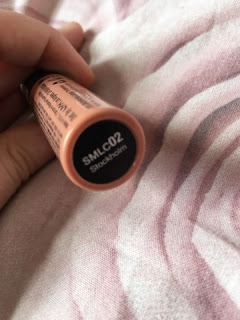 NYX Soft Matte Lip Cream
02 Stockholm
This month I finally got a NYX soft matte lip cream. I have been wanting one these for months now, and when they started selling them in Boots I was so happy; however the nearest one to me that sold them was in Manchester and I couldn't get to it, so I went to see The Vamps in Manchester the other week I picked one up. I got it in the shade Stockholm, which is a really pretty light peach with a hint of brown, it is a warm nude shade, what I didn't really know until I applied it onto my lips onto my lips, and at first I didn't really like it as I didn't think I suited the shade, however now I love it. One of my favourite things about this product is the amount of time it stays on, it is really long wearing, normally I can get through around 2 and a half lessons without applying more, and in time that is just over two hours, that is without eating and drinking. The only problem is that it sometimes can be a bit drying and my lips will be cracked, but that happens with most mattes. This actually reminds me of the Collect Cream Puffs, which I used to love and they were mentioned a lot on my blog when I first started, but I think they last a lot longer and the formula is a lot nicer. Also, if you would like to try NYX Soft Matte Lip Cream, but this isn't the shade for you, unlike the Collection ones there are so many different shades. 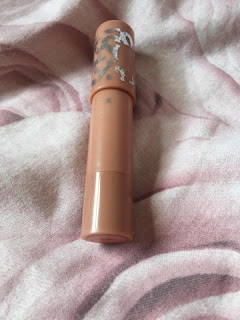 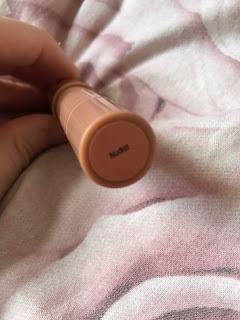 Soap&Glory Sexy Mother Pucker Gloss Stick
Nudist
My next favourite is another lip product, although this time it is a lip gloss. I got this around the end of February and it was suppose to be in my March favourites, but I forgot about it, but luckily this month I didn't. As I said I got it in February, and I got it from Boots and I wasn't actually buying anything; Niamh was, however whilst we were waiting for a till, there was a little display of these and saw this shade and just had to buy it. It's such a lovely nude lip gloss, and I personally think it just looks nice and simple when I wear it, especially for school. But sadly I've wore it that much, I am going to have to buy a new one as I am running out and have a tiny amount left. 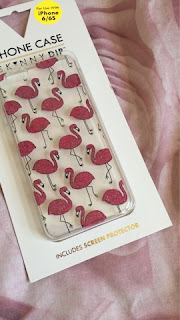 Skinny Dip Pink Glitter Flamingo
Phone Case
If you read my Christmas wishlist, in my 12 Days of Blogmas series, you would know I mentioned this phone case and that I really wanted, but I was going to buy it myself, and I finally did. It is supper cute, and the reason I got it is because flamingos are my favourite animals, and have been since I was little and I just love them.The phone case itself is so pretty and I love, I just wish it didn't have glitter and was actually pink, as the glitter comes off in your hand and it is actually really disappointing, especially since it wasn't a super cheap phone case. 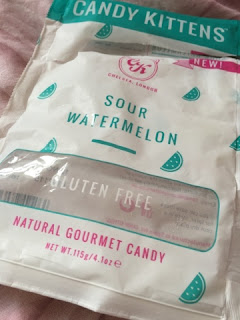 Candy Kittens
Sour Watermelon
I love these! The other week I tried these for the first time and they are amazing. At first I was a bit apprehensive, and I didn't think I would like them, as they are gluten free, but they are most probably the best sour watermelon sweets I have ever had! Also, they are super cute as they are shaped not like watermelons, but as little kitten faces. 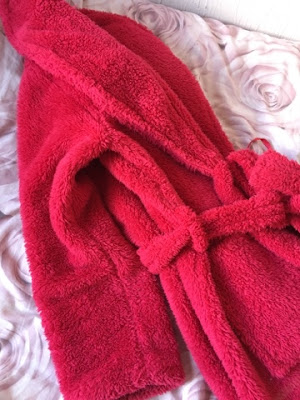 My Dressing Gown
This month I have been in love with this, and been wearing it non-stop. I got this for Christmas off my Grandad, as I really needed a new one. However, when I got it I didn't think I would wear it as much as I do. I always have it on, especially this month, whilst I was off the first thing I did when I woke up was put it on, and then go downstairs, and I would be all comfortable, and I actually still do it now when I'm getting ready for school, I normally won't take it off until I have to leave in the morning. 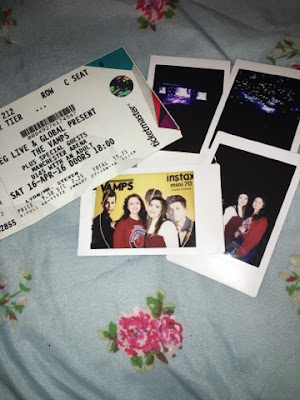 The Vamps
I didn't know if to class this under my music favourites or not, however I've decided not to, although it kind of is. So, if you don't know in April I went to see The Vamps, and both times they were amazing, so obviously they are in my favourites.
As I went to see them I listened to their album a lot more, and I have finally decided what my favourite songs off their Wake Up album, and they are; Coming Home, Written Off, Worry and Cheater.
My post on The Vamps: http://ailishelizabeth.blogspot.co.uk/2016/04/the-vamps-wake-up-tour-ailishelizabeth.html
TV and Film Favourites
I hardly ever write about my TV or film favourites, mainly because I forget to, but this month I have a few that I want to share with you.
Firstly, my film favourite.

Girl, Interrupted
Susanna is depressed and directionless after finishing high school in the late 1960's. A suicide attempt lands her in Claymore, a mental institution. She befriends the band of troubled women in her ward (Georgina the pathological liar, the sexually abused Daisy, the burn victim Polly) but falls under the hypnotic sway of Lisa, the wildest and most hardened of the bunch. Will Susanna "drop anchor" at Claymore and perpetually act out like Lisa, or will she finally pull her mind together and leave institutional life behind?
(Description from IMDb, as we all know I am not the best at descriptions)
I watched this film for the first time the other day, after scrolling past it many times on Netflix. The reason I watched it is because I do GCSE drama as an extracurricular, after school, and my friends and I have to write a play on any topic we want, and we decided to do ours on mental health and have it set in a mental institution. Because of our idea my teacher thought it would be a good idea for us to watch it in drama, although we didn't finish it, so I finished watching it when I got home, and thought it was an amazing film. It is a lot different to the films I would normally watch, but I loved it. It also showed a mental institution in a different way, as it was all white, bright and welcoming, whilst I always thought they were dark and horrible looking, because of The Radley Sanitarium in Pretty Little Liars, and also the Asylum in American Horror Story Asylum.
I realised after watching it, that it is actually a true story and it is an adaption of the book Girl, Interrupted, that Susanna Kaysen wrote about her experience in a metal institution when she was younger, and I've actually just started reading the book, so when I finish it, if you would like to see a book review I might do that.

Gogglebox
I love Gogglebox, and I don't know why I have never mentioned it in my favourites before.
If you don't know what Gogglebox is, it is basically a TV show of British families and friends watching and reviewing TV shows that have been on that week. It sounds awful, but it is not! I don't know how to write about it, without making it sound rubbish, just go on All 4 and watch it, if you haven't already, you will love it.

Music Favourites
I feel like this month I have listened to a lot of music and I want to share it all with you, if you would like me to do full blog post on my music favourties or playlist, just comment below or I will run a poll on my twitter, but here are a few of my music favourites.

Troye Sivan ~ Blue Neighbourhood
This month I have listened to this album so much. I am not too sure why, as it has been out for a while, and I listened to it when it came out, but I have just been listening to it a lot more, and I cannot pick a favourite song off that album, just all of them are amazing.

(I am just going to list the rest of the songs)

I hope you all liked today's post, comment below some of your favourite things of April.
Love,